I’m not blogging here with the frequency I used to due to some serious time constraints. However, I would invite you to check out my other blog that features shorter posts, fewer rants, and links on a variety of different subjects.

Actually, you don’t even have to go over there to get the goods. You can subscribe right here.

Obviously, there’s been a slowdown of posts here over the last few months. Posting here is going to probably going to remain slow for and maybe get even slower.

Lately I’ve been posting over at scottadcox.com for the most part. The posts there are shorter, more snarky, and even less on topic. I’ve had less time to write anything lately. And quite honestly, anything I think has been written by someone smarter and more literate than me, so it’s easier to just link to them!

You can head over there and subscribe, or just follow me on Twitter, which is killing blogging. Or maybe you are enjoying the silence. That would make sense too! 🙂

“Libertarian leaning commentary from Knoxville Tennessee” probably won’t be located in Knoxville for too much longer, so now is as good of a time as any to begin the transition.

I still plan on posting here every now and then, but the post you are currently reading is going to remain at the top of the page. Anything new will be posted beneath. This blog and all of its archives will remain indefinitely for posterity and revenue!!!! 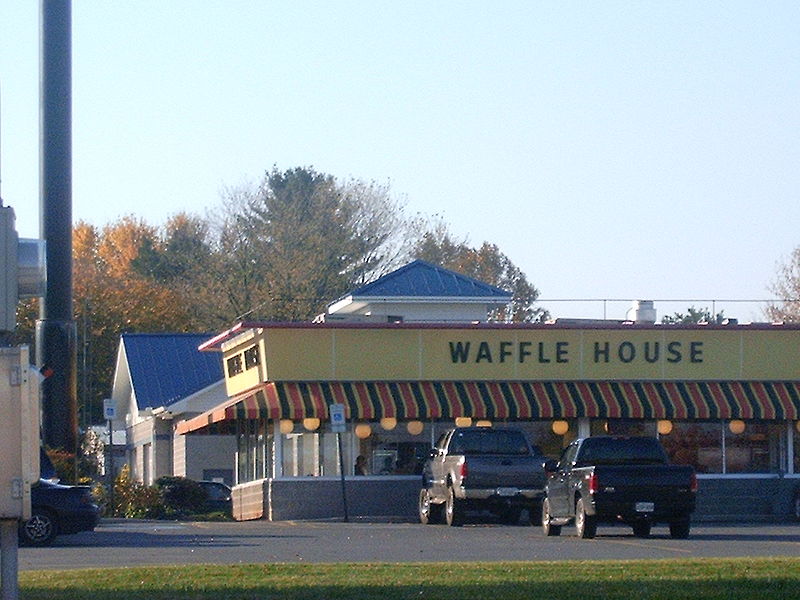 Am I the only one who is discreetly wiping a tear from my eye to learn that Yahoo! is shutting down GeoCities?  Back in the day, GeoCities RULED! Honestly, GeoCities hasn’t crossed my mind in years, and I was surprised to read it was pulling this kind of traffic recently:

If you remember the old GeoCities, you can really appreciate how far the web has come in a short period of time with free blogging sites, MySpace, Facebook, etc. It’s kind of sad that the cutting edge concept of allowing everyday people to build an attractive website pioneered by GeoCities has left it so far behind.

Why is a tax credit for home purchases only good for first time home buyers? Wouldn’t making it available to everyone lure even more people into the market?

Doctors, lawyers, engineers, car salesmen, politicians, school teachers, reporters…the list goes on and on.  Is there any profession out there that isn’t loathed by anyone? I’d say firefighters and nurses–maybe. But even librarians irritate me. They walk around pretending Google can’t do their job 1,000,000 times more efficiently than they can.

Mayonnaise–why in the world would anyone eat that on purpose?

If you can answer any of these questions, I’d appreciate it.

Over on my “short post” blog today I linked a story about the gift President Obama gave to British Prime Minister Gordon Brown–25 of the awesomest DVDs this country has to offer. I mean, how cool is that? I wanted that for Christmas, but I don’t have any friends or relatives that can pull those kinds of strings.

It would have been cool if Mr. Obama could have swung a Wii Fit

, but those are tough to find.

Ok, seriously? DVDs? I think, as a general rule, you should stray away from giving heads of state gifts that you can get on Amazon or in the White House Gift Shop, although the James Bond Blu-ray

set or a Kindle 2

would be cool. But I’ve received better gifts than DVDs in the past year, and I couldn’t get elected to the board of my HOA.

So, of course, I have some ideas for future gifts that are better than DVDs if the President ever decides to actually give something thoughtful or significant. These are all things I think the President could actually pull off:

There was some fun in there too. We went up on the mountain to a birthday party which, as all good birthday parties do, involved a few pops, pulled pork, a discussion on the merits of golf carts as local transportation, and the firing of several rounds from a “varmint rifle”.

It became clear to me that I’m an even worse shot now than I was when I shot often. At one time I was a pretty decent shot. Never great, but decent. Of course, I’m turning this into justification for an air rifle

purchase in this month’s budget. I figure the cost of that along with the price of a few thousand BBs

is much cheaper than the amount of ammunition it would take for me to ever be able to hit the broad side of a barn again.

By the way…did anyone else run their own BB recycling program as a kid? If I remember, a piece of plywood behind your aluminum can targets did a pretty good job of knocking them down, after they’d been slowed by the can of course. I don’t think we were smart enough to put some sort of catch tray at the bottom of the plywood. We probably spent more time picking up BBs off the ground and shaking them out of cans than we did shooting. Once we moved on to shooting bumblebees under the pear tree it became too treacherous to try and collect “reloads”.

Sorry for the autobiographical pause…just thinking that marksmanship skills are something that should be maintained throughout one’s lifetime. You never know when you will have to take down a squirrel or rabbit for dinner.

Driving back from Nashville yesterday we stopped in Cookville to get gas and let Pea run wild through their mall. What we found was Zombie Mall. It was like something out of a Cormac McCarthy book. All the stores were empty with the gates pulled down, no one else inside but a couple of mall walkers. It smelled like an old country church, but you expected to be attacked at any moment by an undead congregation.

The only safe haven in the mall was a GNC at the far end of the mall. Why it was still open I don’t know…probably just to spite the owners into keeping every door at the mall unlocked. The only “big” store, JC Penny’s, wouldn’t even let you enter from the “mall”. You had to go outside and back in.

Twitter has definitely changed a lot of things for lots of bloggers. To compound matters, Twitter changes things with Facebook too. I’ve been thinking about the best way to handle all three of these things for a while. There are few issues that come up which make it almost impossible to not annoy someone. Usually I wouldn’t care about that, but how to deal with these things has been bothering me as well:

Here’s what I’ve come up with…

I don’t really have any plans for monetizing the new blog–it’s mostly just for linking out. There may be some VERY unobtrusive ads later, but that’s not really on the table at this point. The basic idea is to make something easy to read and pop lots of interesting stuff. I’ve felt pretty limited here in not being able to do that just because of the layout, and I’m not really interested in completely shifting gears here and changing what I’ve been doing.

Maybe I’ll change my mind later…dunno.Â  For now I’m going to put the feed from the new blog in the sidebar here. Hopefully these two will end up working together somehow, and I’ll figure out exactly how that will happen according to the bumps in the road I’m sure to encounter.